Organisational Agility – How high is the bar we need to jump? 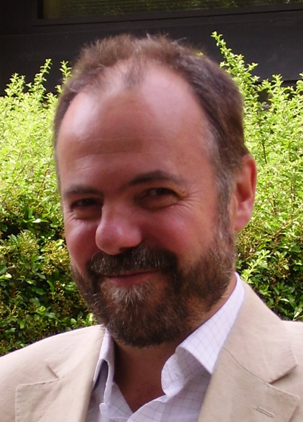 The topic of organisational agility has risen up the agenda for senior managers in recent years. And it is recent, when we first started developing a model to allow us to measure agility around eight years ago, the level of interest in the topic was extremely low.  The reason is that it’s increasingly critical for the survival of organisations in turbulent environments. It’s easy to make motherhood statements to “Be more agile” but without knowing how agile an organisation is, it’s not possible to know what strategies are possible, or even whether the organisation is likely to survive. So it’s important to be clear on the agility ‘requirement’: – how much agility do you need? where? how quickly?

What things to measure?

We use an agility model and diagnostic which is about how organisations need to think and redeploy resources to survive and thrive in turbulent environments and both have an excellent track record in doing that. 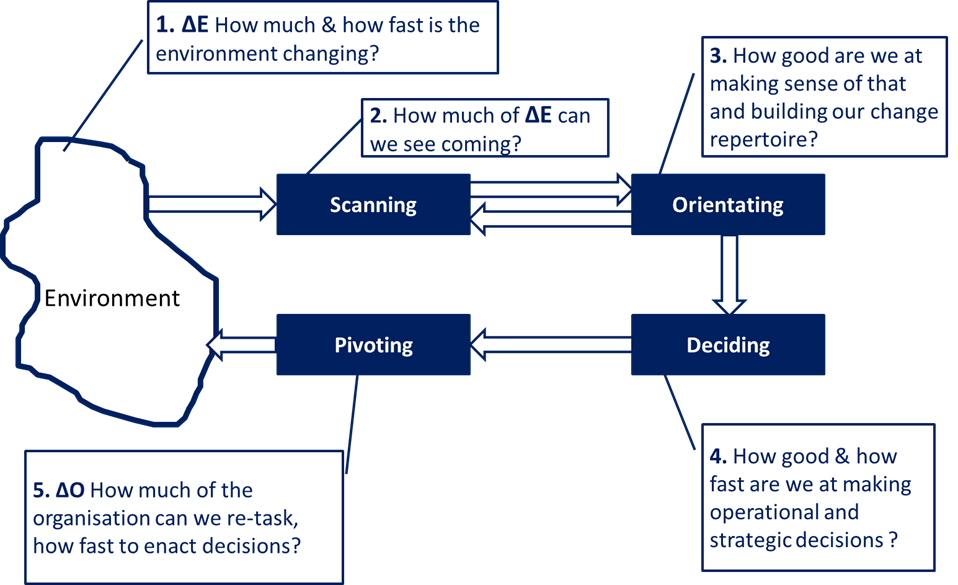 There are 5 basic components to the model and that we measure.

Scanning. This is the ability to scan the current and future environment to be able to understand the scale of the agility need and inform decision making about options for change and adaptation.  Scanning is about actively seeking indicators or evidence to confirm or deny your current understanding. So we’re interested in measuring the quality and completeness of the scanning, and also the speed at which the findings get fed into decision processes. No point in an attentively detailed picture if it arrives too late for appropriate decision and action.

Orientation. Orientate comprises two models: a model of the environment and the actors in it, and a model of the capabilities of the organisation. To be able to manage in a given context depends on well the context is understood, which depends on how useful the models of the environment and the organisation are. Here we measure the quality, completeness and use of model. Then we look for evidence that the models are actually being used, to build scenarios or otherwise to inform decisions. Finally, we look for the speed at which Orientation is done.

Pivot. Agility involves the ability to switch resources so that the organisation can change direction quickly, both operationally and strategically. That includes both how much resource you can shift how quickly, and also how much autonomy you give it – which conditions how much it can move. Weigh it down with the same constraints as the business-as-usual resource and little will be possible. In Pivot, it’s about how well and how quickly decisions can be put into action to change the direction of part of the organisation. We measure how well resource can be pivoted, both operationally and strategically and how fast it can be done.

Once we started using the diagnostic, we found some interesting things. Agility is linked to the environment a unit interacts with, not the culture of its peers or ‘parent’ organisation. The levels of agility found across different units within the same organisation vary hugely and being able to measure it means that we can identify units which have enough agility and focus instead on those that are struggling because of their lack of agility. Early results suggest that the level of organisational fitness decreases as environmental instability increases. It’s a structural connection and not about poor management. There are some interesting interactions between operational and strategic agility. Too much operational agility can end up with unintentionally driving the organisation’s strategic direction. Finally, the results make it glaringly easy to see where to intervene, and the interventions can be relatively easy and a make a dramatic difference: the time taken to take strategic decisions reduced by 200 times, from years to weeks, the level of resource released to pivot into a new strategic direction increased 30 times from 0.25% to 7.5% which was enough to execute the strategy. So, measuring agility using this approach has proven practical, scalable and precise.